Scott Allen studied NC and HNC Civil Engineering courses at West Lothian College and found his time at college allowed him to create a route map for his career path after already having gained experience within the world of engineering.

“Prior to starting college, I was actually working on a military facility in Kandahar, Afghanistan. I worked for an engineering company called G3 Systems that had a couple of NATO contracts over there. 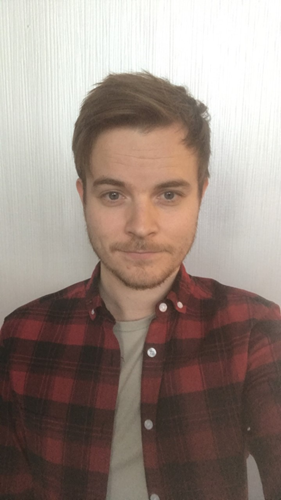 I was inspired by G3 Systems to study Civil Engineering. My role there was more of an entry level role, and I wanted to earn a degree so I could pursue a career. I was aware that West Lothian college had links to both Heriot-Watt and Napier University and that’s where I was aiming. “

After being accepted at NC level, Scott found that he hit the ground running with many high points throughout his time at West Lothian College.

“There were many highlights throughout the course including meeting a broad range of fellow students. Ranging in age from 16 to over 40 and from all sorts of backgrounds.

Secondly, working closely with, and learning from my two lecturers, Chris Woods and Julie Hyslop, who I have the upmost respect for. And finally, completing the graded unit. The graded unit is a project you work towards throughout college and gives you an opportunity to take everything you’ve learned and put it in to something real.”

His time at college led to Scott achieving his goal of getting into university.

“I’m now in 4th year at Heriot-Watt University and I’ve changed course slightly and now study Geography and Urban Planning. My time at West Lothian college allowed me to really refine what it was I was interested in, and the route I wanted to go down.”

Finally, Scott had the following advice for anyone considering a course at West Lothian College:

“Give it 100%, put the work in and enjoy it. Also, understand that you don’t necessarily have to know exactly what you want to do with your life right now, you’ll learn about yourself along the way, find out what your strengths are, and ultimately find what’s right for you.”